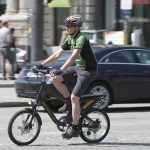 E-Bikes are getting more people out of their cars says a study in the USA. There’s a long way to go yet before it makes a discernable difference, but this is great to hear. #bike #ebike #roadsafety https://buff.ly/2PMc0EB

Yet another data breach as a babysitting app suffers hack of 93,000 users.

It’s seems to be practically a daily event now. Something has to change. It’s like the Internet is so useful people are prepared to put up with the risk – if it was any other service, they just wouldn’t use it.

Drawing a parallel with road safety, the government wants to legislate against “dangerous cycling” because of one infamous incident when there’s three deaths every five years due to cycling (yes, I know it was tragic and three is three too many), but there’s thousands of deaths every year caused by motor vehicles but nobody bats an eyelid or even thinks that anything should be done.

Facebook helps woman track down her brother’s killer after 37 years. Nice to hear FB doing #goodthings for once. #infosec  https://buff.ly/2PhyGvo

T-Mobile suffers data breach affecting 2.2 million customers. Good news is that they caught it early and it only seems to have affected customers is the USA. If you’re affected then the company would have told you already. #infotech https://buff.ly/2Lq163R

Password anyone? Netflix, HBO GO, Hulu passwords found for sale on the Dark Web. Just how much cyber crime is the world prepared to put up with? There’s got to be a better way. 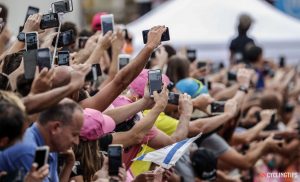 Put your phone down! Taking photos of bike races can ruin the enjoyment of a bike race for yourself and everyone else around you.

You can’t concentrate on the race and what’s going on and if you’ve been waiting around all day, especially on a flat stage, you’ve missed all the action.

As for waggling your phone around in the air (or worse still a tablet) as the race goes by – just how annoying do you want to be?

Road safety policy doesn’t sound like a very exciting subject. But heed the wise words (as ever) of cycling Sage @chris_boardman on our very own Government’s Road safety policy and the hysteria around “dangerous cycling”. #bike https://buff.ly/2Lav4IQ