How to do your shopping by bike. Sound advice from @sustrans with some great tips on how to do it.

People have gotten lazy. Go everywhere in their car. Obesity. Diabetes. Expensive, privatised public transport. It all adds up. Why not buck the trend and do your shopping by bike. Keeps you active; cheaper; better for you; unclutter the cluttered roads. Better off by bike. Easy. 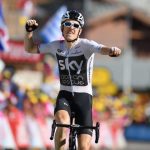 Geraint Thomas was crowned BBC Sports Personality of the Year 2018 last weekend. The cycling vote got out again!

Well done the G Man, I can’t think of a more deserving winner. However, the reaction to it has been a little tepid comparing it to previous cycling winners. When Chris Hoy won, no other cyclist had won since Tom Simpson in 1965, it was bedlam in the cycling world. There was similar euphoria when Mark Cavendish won too.

It feels like it’s all a bit so so. Is it that people are a little tired of this kind of event? I thought the Medway Sports Awards was better! There was a lot of cheesy over the top, cringe-worthy pomp during the evening. The frothy flannel for the England football team was embarrasing. You’d have though they’d won the world cup. Even that nice Mr Southgate looked a bit embarrased.

Well done to the G Man – I, for one, think you are fabulous. 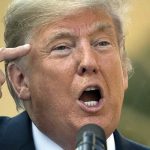 How to exacerbate idiocy! A #Google hearing about why searching for the term ‘idiot’ returns images of President Trump has resulted in guess which search term trending?

How ironic can you get? – and what better example of how dumb idiocy can result in, errrr… dumber idiocy! Love it! #Technology #tech https://buff.ly/2RTIai1

20,000 WordPress sites have been compromised by botnet attacks. That’s a lot of sites and for professional cybercriminals it’s not hard to do. It’s not difficult to protect yourself either, but you need to take proactive action to do that – its just too easy not to do that.

How hard can it be to force people to change the default username and to stop them choosing an insecure password?

I’m fully aware that IT security can be a pain in the backside – but it’s not half as much of a pain as having your website compromised and trashed.

The thinking that we’ve got to keep it quite simple, or people who’t use it has got to change. We just need to make it simple to have better security. Simple! #infosec https://buff.ly/2EbE1ln

Data breaches everywhere. When will it end? Well it won’t end, it’ll keep going on and on. It’s madness. #infosec #databreach https://buff.ly/2B2MBzB

‘Fortnite’ addiction spurs parents to send their kids to video game rehab. I don’t mean to sound judgemental, but I find it hard to conceive allowing your children to get into this kind of mess. #technology #gaming https://buff.ly/2TW0NTI